Beats Behind The Wall: Franks Journey

On any given day in San Diego, there are over 300 youth incarcerated in the juvenile justice system. In 2018, Frank was one of those young people. In March of 2018, Frank had been sentenced to 360 days inside the “Youthful Offenders Unit” of the East Mesa Juvenile Detention Facility for a probation violation. Frank was originally sentenced for “Possession of a Destructive Device with intent to sale”… he had a bag of fireworks. To complicate matters, Frank’s mother was suffering from an addiction that resulted in a divorce from Frank’s father. The violation that resulted in Frank’s 360-day sentence was “Aggravated Assault”… a fight with his dad over the divorce. By the time we met Frank, he had very little hope that his path would lead anywhere besides the State Penitentiary. 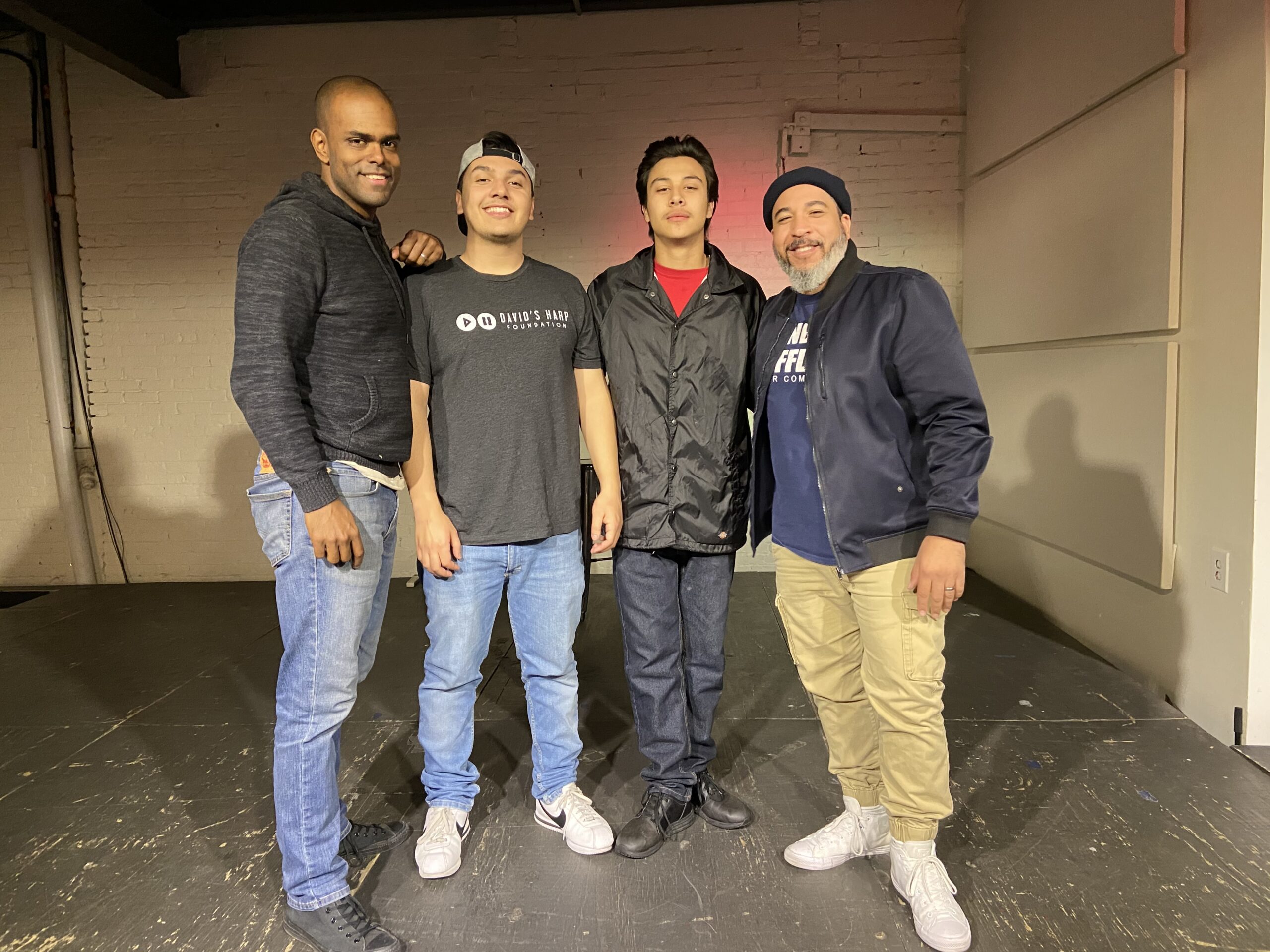 The DHF production process is a special space where young people not only learn new skills but also begin to build new positive identities. Adrian Cantero, DHF program graduate and Artist Mentor, was leading the team that met Frank inside East Mesa. With no prior music production experience, Frank enrolled in our popular 6-week, “Beats Behind the Wall” music production program and assumed the role of “Audio Engineer” for his cohort of aspiring artists. Frank started to see what our team already knew that he was more capable of positive growth than he even thought.

As an audio engineer, Frank was responsible for recording, mixing, and mastering the group’s original hip-hop song. While Frank honed his technical skills, our Artist Mentors were building trust with him through our restorative “check-in” process every session. This is a process in which our staff creates a supportive, honest space where they share openly about the highs, lows, and hopes of their own lives and encourage youth to do the same.

After completing the 6-week course, Frank earned the much-coveted field trip to the David’s Harp Studio where he was able to engineer his first session behind our state-of-the-art mixing console. Frank quickly settled into his role, recording three songs that day for his production group. Then Frank shocked everyone! He wrote a rap song for his mother and boldly stepped behind the microphone for the first time to record it. These are the lyric from his song: 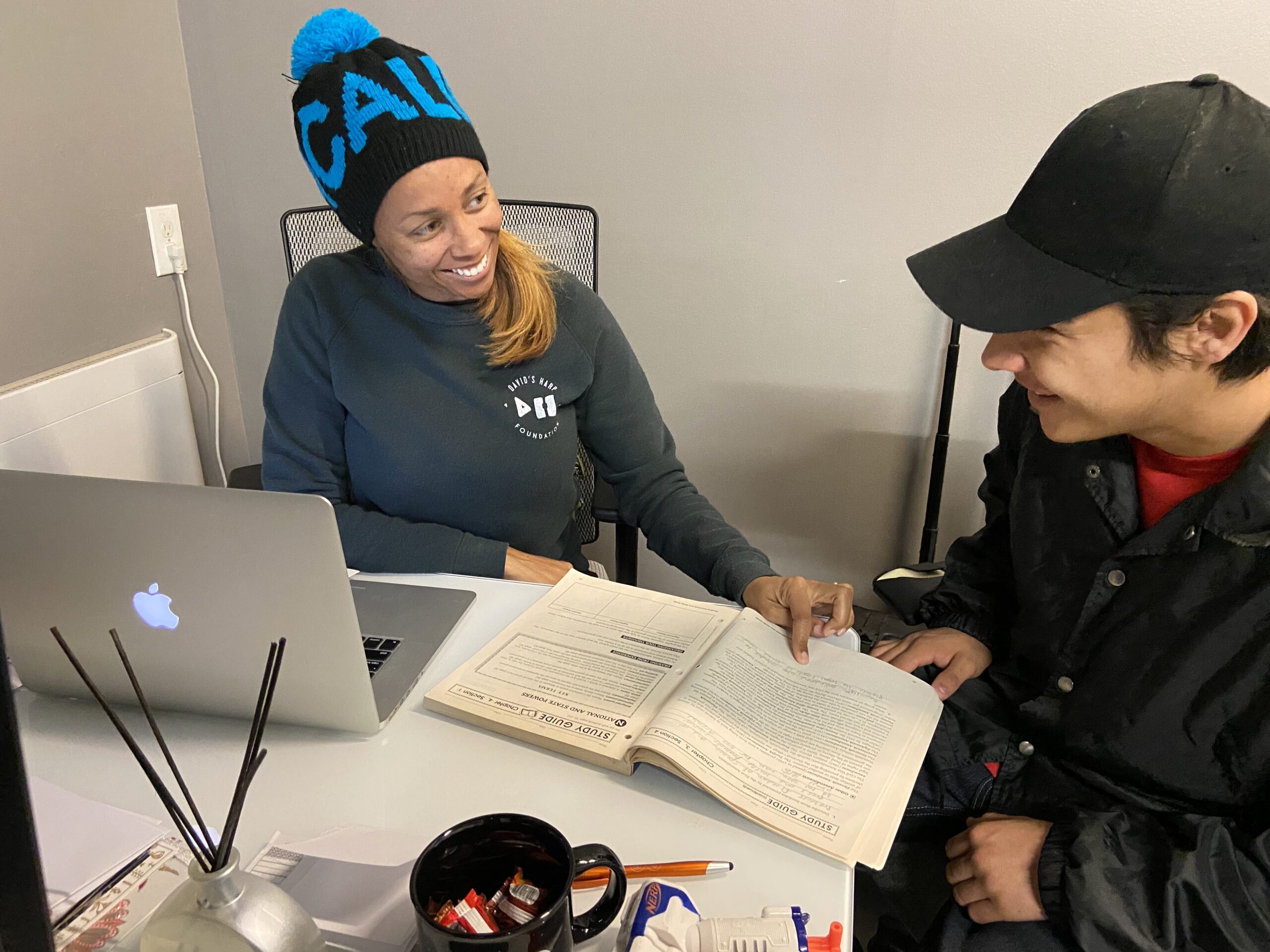 No one knew that Frank rapped until that moment. Despite the tone of Frank’s lyrics, the studio was anything but somber that day. There were smiles, handshakes and encouraging words from every person in the room. Frank’s pain became art and he saw his own story as valuable for the first time.

After successfully navigating our six-week songwriting curriculum, Frank was serious about exploring Audio Engineering as a potential career option. Frank was one of three students to be selected to mentor his peers as an Audio Engineering Intern inside the facility. Frank began to collaborate, developing leadership and communication skills and discovered the value of working with his peers to produce music.

Frank was thriving in the internship program. Despite his amazing behavior and personal growth, his release date was pushed back 3 months because there was not a foster care placement available for him. During those 3 months, our Artist Mentors were present, but Frank felt defeated. Once he was released, Frank immediately went on the run from probation to reunite with his mother in the San Francisco Bay Area.  After 4 months on the run, Frank reached out and we helped him turn himself into probation.

He resumed his internship and 3 months later was released and welcomed into the community at the DHF studio.

Frank began his internship at Harbor Church as an Audio Engineer. Our Artist Mentors were there to facilitate this process and Frank earned his very first paycheck!  Frank’s journey to success is not linear. Along the way, he has had setbacks. He has experienced houselessness, food scarcity, and uncertainty. In fact, in the time between the first and second drafts of this story, Frank was taken into custody for a probation violation. To some, this may seem like a failure, but we know better. Frank knows that he has people he trusts to support him as he navigates the justice system. Frank knows that we love and believe in him. We are in constant communication and when he is released, we will be there to continue walking with him on his journey. 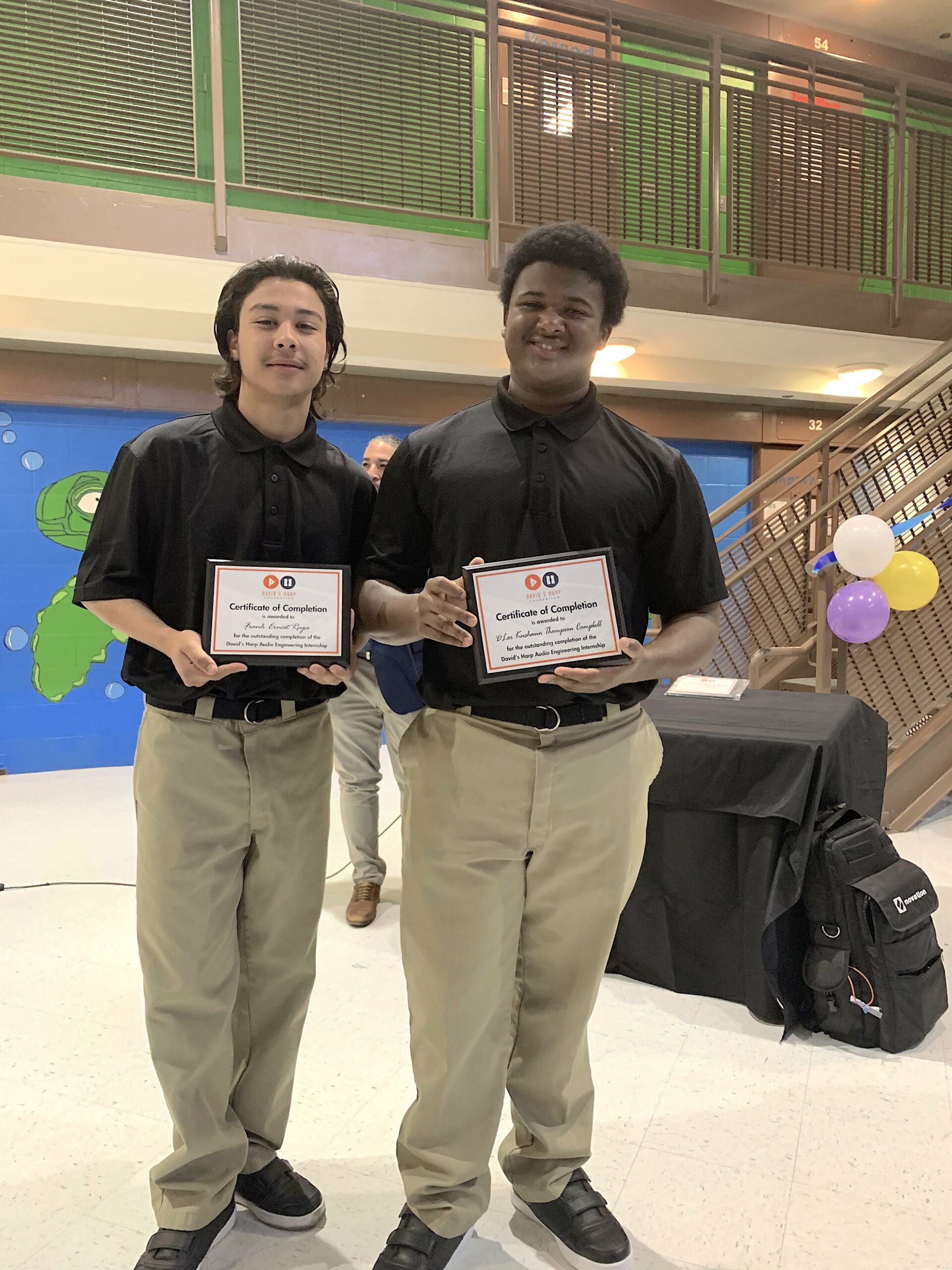 Back to Beats Behind The Wall