Composing Toward a Dream: Nathaniel’s Story

At the age of 15, Nathaniel Randle achieved something many musicians spend their careers working toward: he composed the soundtrack to a play (a medley of all 11 compositions are above).

Nathaniel didn’t set out to create soundtracks. In fact, he never believed composing could be anything more than a dream he kept to himself. But David’s Harp Foundation exists to inspire and empower students through music. With the instruction and tools of the David’s Harp studio, he learned how to bring the songs within him to life.

Growing up in a musical family, Nathaniel was surrounded by melody and instruments from a young age. He discovered his love of soundtracks when he returned from a movie one afternoon and found himself humming melodies from the scenes. “I thought, I want to play what was in that movie. So I started teaching myself.”

Despite his love of music, Nathaniel had no plans to pursue it outside of his home. He joined the David’s Harp program when his mom began dropping him off at the studio with his older brothers. Initially he was unwilling to follow in their footsteps. “I didn’t like it because I didn’t want to like it,” he remembers. “It took me a while to realize it was a super cool opportunity.”

As he worked alongside instructors and other students in the studio, Nathaniel’s perspective shifted. David’s Harp Foundation’s state-of-the-art equipment and one-to-one teaching empowers students to create music they couldn’t make anywhere else. With the help of industry standard software and individualized instruction Nathaniel learned to express himself with new sounds.

“When I first came here, you could tell I was making a bunch of sad stuff. The program helped me not go crazy,” he says.

Nathaniel’s early songs often surprised him by revealing feelings he hadn’t identified in himself. He learned to approach production with the desire to express himself and, in his words, “to see what happens. Composing is like saying my emotions without saying them, in a way that people will listen to.”

David’s Harp Foundation introduced him to music production as both discovery and art. He grew to love the creative process, the life songs took on, and their ability to communicate—both to himself and others. As he spent more afternoons in the studio, Nathaniel’s old dream of creating soundtracks came alive. He progressed from making beats to writing fuller arrangements with an array of instruments and layers of sounds.

After months of work in the program, Nathaniel was chosen to produce the music for a local play. Parade of History is a live production that spotlights powerful African figures throughout history including queens, pharaohs, and warriors. Hosted by San Diego’s Kuumba Fest, Parade of History celebrates the lives of twelve historical personas through dramatic monologue.

Under the guidance of David’s Harp instructors, Nathaniel produced Parade of History’s soundtrack, one song for every character. “I read over the paragraphs we had printed about each character and I imagined what their life would sound like,” he says. Each song called to life a different era, culture, and story. Cleopatra, for example, stepped on stage to an elegant and hypnotizing melody. Warrior figures were accompanied by drumbeats and powerful rhythms.

Parade of History was performed locally in San Diego as well as other cities in California and Nevada. Dajahn Blevins, founder of Kuumba Fest, credits Nathaniel with bringing fresh imagination to the production. “Nathaniel was motivated and inspired to create a sound for each one of the characters. Each one became more interesting to the younger audience because [the music] gave them a different kind of life.”

Brandon Steppe, founder and director of David’s Harp Foundation, views Nathaniel’s story as an example of the program’s potential to equip and embolden students. “At the highest level, it’s what the program can be; empowering students to go beyond themselves to create things that are relevant and have use in the world.”

“When you have a song stuck in your heart, a piano and a voice is not always enough to take that idea and make it a reality,” Brandon says. “But when you have all the tools you need to do that, it enables you to pour everything about that song out and hear it back, then make it exactly what you want it to be.”

For his part, Nathaniel sees his work in the David’s Harp studio as a privilege. “I don’t get an opportunity to do this anywhere else but here. If it weren’t for coming here, I wouldn’t be pursuing music. I would have given it up a long time ago,” he says.

David’s Harp Foundation gave Nathaniel the confidence and resources to see his gifts as worth pursuing. Through participation in the program, Nathaniel has emerged from a quiet teenager into a musician, composer, and leader. He’s learned to trust his musical voice and employ his gifts to create something remarkable. 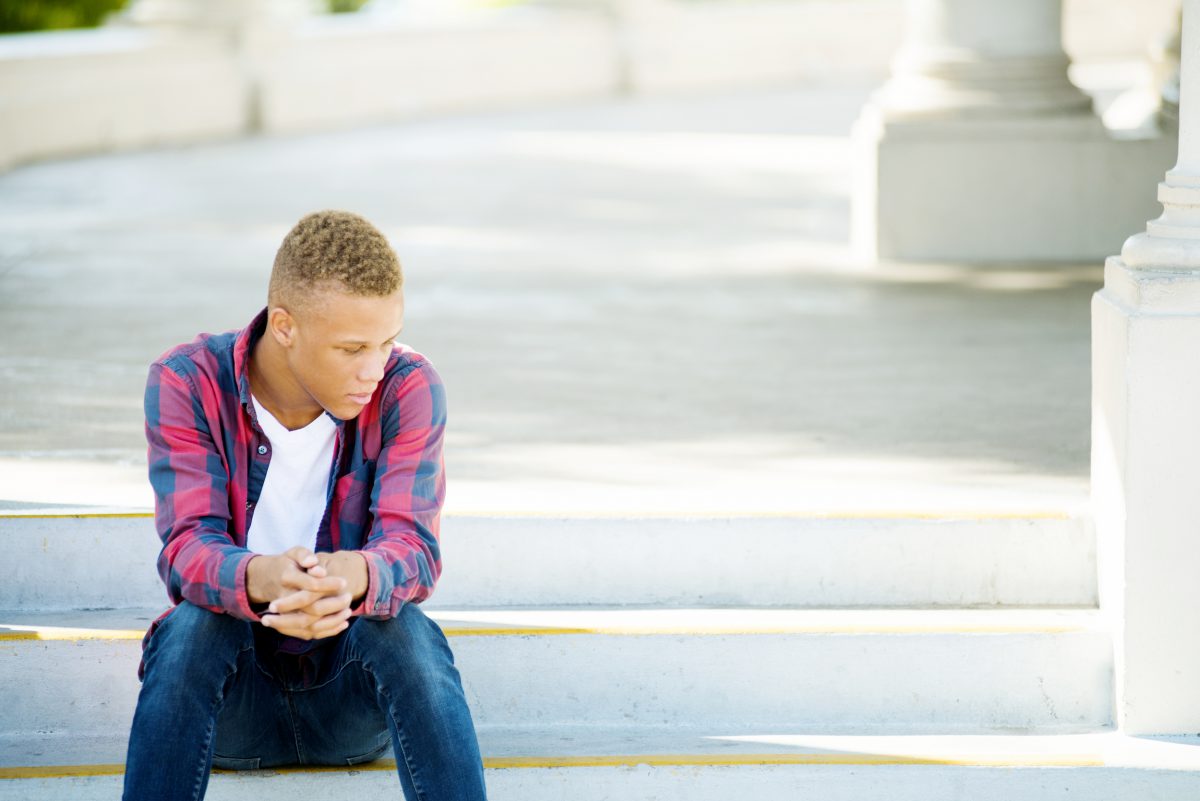 Nathaniel’s story is one of many success stories from the David’s Harp studio. Every day we empower at-risk youth to find their voice—and it’s only possible with your help. Your support equips David’s Harp Foundation to educate and inspire teens through audio art. Give now to grow our impact and extend our reach! Donate Today.